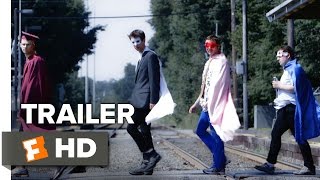 For the members of the comedy troupe Asperger’s Are Us, it’s easier to associate with a faceless audience than with their own families. No matter who the crowd, best friends Noah, New Michael, Jack and Ethan have one simple mantra: “We would much rather the audience appreciate us as comedians than people who have overcome adversity.” In this coming-of-age heartfelt documentary, this band of brothers finds themselves at a crossroad. With real life pulling them apart, they decide to plan one ambitious farewell show before they all go their separate ways. People with Asperger’s don’t deal well with uncertainty, and this is the most uncertain time in their lives.

Asperger's Are Us streaming: where to watch online?

People who liked Asperger's Are Us also liked