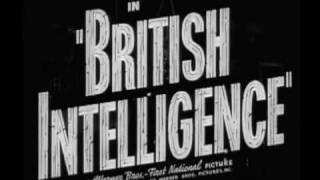 During WWI pretty German master spy Helene von Lorbeer is sent undercover to London to live with the family of a high-placed British official where she is to rendezvous with the butler Valdar, also a spy, and help him transmit secret war plans back to Germany.