Amsterdam is an upcoming comedy crime drama tells the story of three friends, a doctor, a nurse and an attorney who are witness to a murder. Set in the 1930s this period piece sees the trio becoming suspects before getting mixed up in one of the largest crime capers of early 20th-century America. Between the secret intrigue and the high-stakes criminal plot, the loyalty of three friends faces a shocking and mysterious challenge.

Amsterdam is set to be released theatrically on November 4th 2022. While nothing is confirmed, expect it to be available for streaming within the months following its cinematic release. 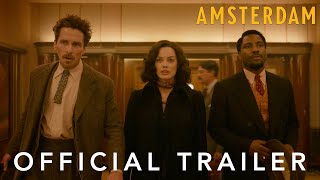 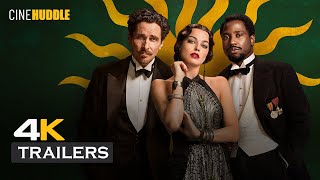 Amsterdam will be available to stream from November 4, 2022. The streaming service that will include Amsterdam in its media library is still unknown, but you can stay updated by tracking this movie on JustWatch.