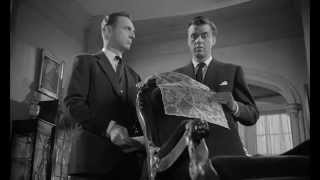 Edward "Teddy" Bare is a ruthless schemer who thinks he's hit the big time when he kills his older wife, believing he will inherit a fortune. When things don't go according to plan, Teddy sets his sights on a new victim: wealthy widow Freda Jeffries. Unfortunately for the unscrupulous criminal, Freda is much more guarded and sassy than his last wife, making separating her from her money considerably more challenging.

Cast a Dark Shadow streaming: where to watch online?