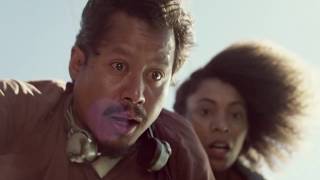 On a future earth where 98% of the surface is underwater, a Warlord who controls an army of sharks meets his match when he captures the daughter of a mysterious shark caller who must learn to marshal a supernatural ability if she is to free her people from the Warlord's dominion.

Empire of the Sharks streaming: where to watch online?

People who liked Empire of the Sharks also liked

2.9
Genres
Action & Adventure, Science-Fiction, Mystery & Thriller, Comedy, Fantasy, Horror
Runtime
1h 30min
Director
Mark Atkins
Under the new EU law on data protection, we inform you that we save your history of pages you visited on JustWatch. With that data, we may show you trailers on external social media and video platforms.