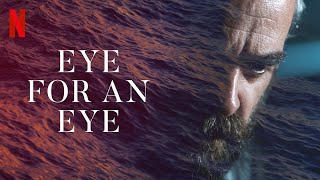 Mario, an exemplary man, lives in a village on the Galician coast. In the old people’s home, where he works as a nurse, everyone appreciates him. When the best known narco in the area, Antonio Padín, recently released from prison, enters the residence, Mario tries to make Antonio feel at home. Now, Padín's two sons, Kike and Toño, are in charge of the family business. The failure of an operation will put Kike in jail and cause them to owe a large debt to a Colombian supplier. Toño will turn to the nurse to try to convince his father to assume the debt. But Mario has his own plans.

Eye for an Eye streaming: where to watch online?

Currently you are able to watch "Eye for an Eye" streaming on Netflix.

People who liked Eye for an Eye also liked

72%
Genres
Drama, Mystery & Thriller, Action & Adventure
Runtime
1h 47min
Director
Paco Plaza
Under the new EU law on data protection, we inform you that we save your history of pages you visited on JustWatch. With that data, we may show you trailers on external social media and video platforms.