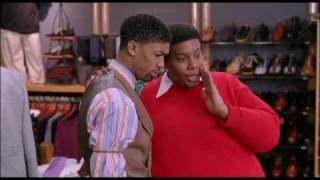 Animated character Fat Albert emerges from his TV universe into the real world, accompanied by his friends Rudy, Mushmouth, Old Weird Harold and Dumb Donald. Though the gang is flabbergasted by the modern world, they make new friends, and Albert attempts to help young Doris become popular. But things get complicated when Albert falls for her older sister, Lauri, and must turn to creator Bill Cosby for advice.