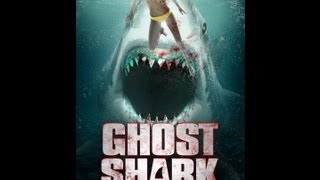 Last Fourth of July, teenager Christy Bruce disappeared from a high school beach party. Her severed arm washed ashore a day later. Drunken sea captain Blaise Shaw became a hero to the small seaside community of Harmony after killing the great white shark that was deemed responsible, but the Christy Bruce murder was no shark attack. Blaise turns to ghost hunter Ava Conte, who is skeptical but intrigued by his ghost shark ramblings. With preparations for a massive July 4th celebration rapidly approaching, they soon find themselves embroiled in a conspiracy of sex and murder involving the town's wealthiest and most powerful citizens. Unprepared to contend with a Ghost Shark that can hunt on land, sea, as well as anywhere there is enough water or rain to sustain its phantom form, Blaise and Ava must uncover the truth about the towns dark past or fall victim to the Ghost Shark

We try to add new providers constantly but we couldn't find an offer for "Ghost Shark" online. Please come back again soon to check if there's something new.

3.3 (2k)
Genres
Horror, Science-Fiction, Action & Adventure, Mystery & Thriller, Fantasy, Comedy, Drama
Runtime
1h 24min
Director
Griff Furst
Under the new EU law on data protection, we inform you that we save your history of pages you visited on JustWatch. With that data, we may show you trailers on external social media and video platforms.