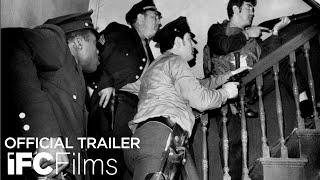 In 1973, four young African-American men stealing guns for self-defense in Brooklyn were cornered by the NYPD. A violent gun battle killed a police officer, beginning the longest hostage siege in NYPD history. The NYPD’s 130-year-old policy was to deliver an ultimatum, then respond with deadly force. Could visionary police psychologist Harvey Schlossberg convince his superiors to do the unthinkable – negotiate with “criminals” – and save twelve hostages from an impending bloodbath? In never-before-seen film and gripping interviews with survivors, HOLD YOUR FIRE uncovers what really happened in this landmark event with the potential to revolutionize American policing.

Hold Your Fire streaming: where to watch online?

Hold Your Fire will be available to stream from . The streaming service that will include Hold Your Fire in its media library is still unknown, but you can stay updated by tracking this movie on JustWatch.