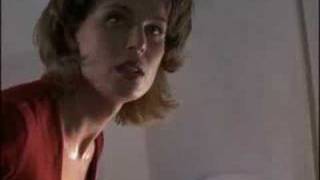 A Presidential candidate running against the Vice-President plans a trip to the Balkans to negotiate the release of American servicemen being held hostage. Before he leaves, he receives a disk documenting evidence that the Vice-President has been trying to revive the American economy by causing a war in the Balkans. He plans to show it to both sides in the hopes of ending the situation. However, Secret Service agents hijack the Concorde he is on and kill the pilots. It's up to an Air Force officer, nicknamed "Washout" because he can't fly a plane, to land the Concorde. Written by Leigh Roche

Mach 2 streaming: where to watch online?

Currently you are able to watch "Mach 2" streaming on Magellan TV or for free with ads on Popcornflix.

3.1
Genres
Mystery & Thriller, Action & Adventure, Drama
Runtime
1h 34min
Age rating
R
Director
Fred Olen Ray
Under the new EU law on data protection, we inform you that we save your history of pages you visited on JustWatch. With that data, we may show you trailers on external social media and video platforms.