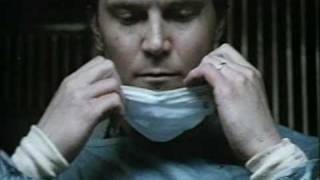 Geoffrey (Stephen Ramsey) and Lillian (Miriam Healy-Louie) are a couple spending the summer in the country in hopes of smoothing over some rough patches in their relationship. However, Geoffrey, who is a research scientist, has brought his work with him, which hardly helps, since Lillian's biggest problem with him is that he doesn't spend any time with her, and he seems more concerned with his career than his marriage. This is all the more galling for Lillian because she has given up her career as an artist in order to be more supportive of Geoffrey's work. Geoffrey is also upset because he's only been able to use mice for his lab experiments with new medications, and he is eager to begin working with larger animals; in his impatience, he begins trapping dogs, and he eventually catches the pet of a little girl named Frances (Ashley Arcemont).

No Telling streaming: where to watch online?