When Italian woodworker Geppetto sees a falling star, he wishes that his puppet would come to life. The wish is granted and Pinocchio becomes the world’s first living puppet. Pinocchio’s only desire is to become a real boy but every time he lies, his nose grows longer and he becomes further away from his goal.

Pinocchio is an upcoming live-action fantasy film directed by Robert Zemeckis and produced by Walt Disney Studios. The movie is an adaption of the 1940 animated film of the same name, which was based on The Adventures of Pinocchio by Carlo Collodi.

Starring as Geppetto is Tom Hanks. The actor has previously worked with Disney as the voice of Woody in the wildly popular Toy Story franchise. Also starring in Pinocchio are Joseph Gordon-Levitt who plays Jiminy Cricket, and Benjamin Evan Ainsworth who takes on the role of Pinocchio.

Where can I stream Pinocchio?

Pinocchio will be available for streaming on Disney+ starting September 8, 2022. 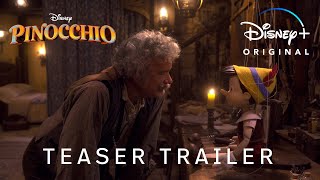 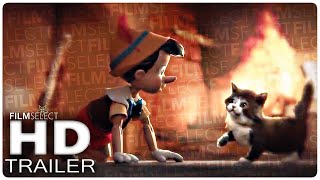 Pinocchio streaming: where to watch online?

Pinocchio will be available to stream on Disney Plus from September 8, 2022.