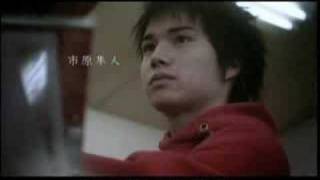 Tomoya Kishida is working as a staffer in a television studio when he hears about the death of his close friend, Aoi Sato. This sparks his recollection of the events in life they shared from meeting at a record store, shooting a short film as part of their university film club, to saying their last goodbyes. Though in love with each other, neither had the courage to confess their feelings before it was too late.