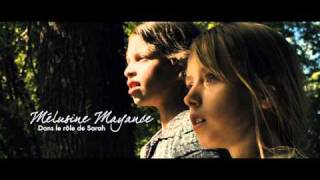 On the night of 16 July 1942, ten year old Sarah and her parents are being arrested and transported to the Velodrome d'Hiver in Paris where thousands of other jews are being sent to get deported. Sarah however managed to lock her little brother in a closet just before the police entered their apartment. Sixty years later, Julia Jarmond, an American journalist in Paris, gets the assignment to write an article about this raid, a black page in the history of France. She starts digging archives and through Sarah's file discovers a well kept secret about her own in-laws.

Currently you are able to watch "Sarah's Key" streaming on Netflix or for free with ads on Tubi TV, The Roku Channel. It is also possible to rent "Sarah's Key" on Apple iTunes, Vudu, Amazon Video, Microsoft Store online and to download it on Apple iTunes, Google Play Movies, Vudu, Amazon Video, Microsoft Store, YouTube, Redbox.

7.5 (16k)
Genres
Drama, Made in Europe, War & Military
Runtime
1h 51min
Age rating
PG-13
Director
Gilles Paquet-Brenner
Under the new EU law on data protection, we inform you that we save your history of pages you visited on JustWatch. With that data, we may show you trailers on external social media and video platforms.