Swan Song stars Academy Award winner Mahershala Ali as Cameron, a terminally-ill man with a life-altering decision to make. He must decide whether to share the truth about his sickness with his family, or secretly replace himself with a clone – making his wife and kids none the wiser. The movie is an emotional science fiction drama that marks the debut feature of writer and director Benjamin Cleary. Swan Song’s leading man Mahershala Ali previously won two Oscars: His first was for Best Performance by an Actor in a Supporting Role in Moonlight, and the second was the same award for Green Book. 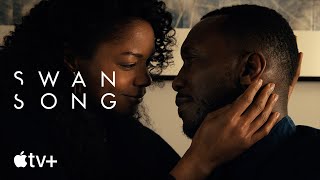 Currently you are able to watch "Swan Song" streaming on Apple TV Plus.