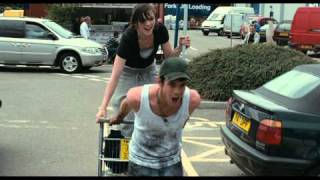 Mia is a rebellious teenager on the verge of being kicked out of school. Her hard-partying mother, Joanne, neglects Mia's welfare in favor of her own, and her younger sister hangs out with a much older crowd. Sparks fly between Mia and Connor, Joanne's new boyfriend, and he encourages Mia to pursue her interest in dance. As the boundaries of the relationships become blurred, Mia and Joanne compete for Connor's affection.