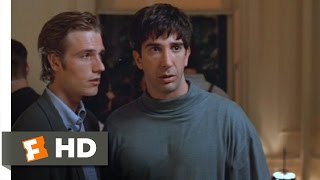 Aspiring architect Tom Thompson is told by mysterious Ruth Abernathy that his best friend, "Bill," has taken his own life. Except that Tom has never met Bill and neither have his incredulous friends. So when Tom foolishly agrees to give the eulogy at Bill's funeral, it sets him on a collision course with Ruth -- who is revealed to be Bill's oversexed mother -- and Julie DeMarco, the longtime crush Tom hasn't seen since they were teens.

The Pallbearer streaming: where to watch online?