After spending years apart, star-crossed lovers Thor and Jane Foster are reunited once again. With the life-changing events of Avengers: Endgame behind them, will their turbulent romance survive another cosmic adventure?

Thor: Love and Thunder is a direct sequel to Thor: Ragnarok. It adapts elements of the Mighty Thor comic book run by Jason Aaron and marks the return of director Taika Waititi. The movie belongs to Phase Four of the Marvel Cinematic Universe (MCU).

The movie marks the return of Chris Hemsworth as Thor and Natalie Portman as Jane Foster, showing the next chapter in the on-again, off-again romance that first began in Thor (2011). In addition to its leading duo, Thor: Love and Thunder features several fan-favorite Marvel characters. This includes Chris Pratt as Peter Quill, Tessa Thompson as Valkyrie, Dave Bautista as Drax the Destroyer and Karen Gillan as Nebula. Christian Bale makes his Marvel debut as Gorr the God Butcher.

Award-winning director Taika Waititi returns to the franchise for the second time, having previously helmed Thor: Ragnarok in 2017.

Where can I stream Thor: Love and Thunder?

The upcoming Marvel movie doesn’t have a streaming release date yet. Thor: Love and Thunder will be released in theaters on July 8, 2022 and available to stream on Disney+ once its theatrical window ends. 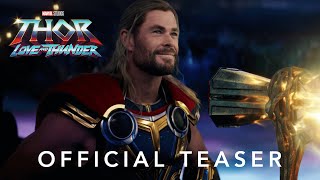 Thor: Love and Thunder streaming: where to watch online?