Till is not available for streaming.

Emmett Till’s murder in 1955 was a crime that shocked the world and remains one of the most notorious crimes in Amerifcan history. The young black boy was killed by white men who believed he had whistled at a white woman, an unacceptable act in the racist and segregated American South of the Jim Crow era. The film follows his mother, Mamie Till-Moble, as she seeks justice for her deceased son and refuses to be stopped in her pursuit. The movie is written and directed by Chinonye Chuckwu and stars Danielle Deadwyler as Emmett's mother, along with WHoopie Goldberg, Frankie Faison and Jayme Lawson. 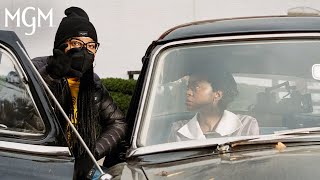 Till streaming: where to watch online?

We try to add new providers constantly but we couldn't find an offer for "Till" online. Please come back again soon to check if there's something new.

People who liked Till also liked