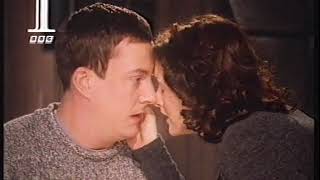 Ballykissangel is a BBC television drama set in Ireland, produced in-house by BBC Northern Ireland. The original story revolved around a young English Roman Catholic priest as he became part of a rural community. It ran for six series, which were first broadcast on BBC One in the United Kingdom from 1996 to 2001.

Currently you are able to watch "Ballykissangel" streaming on BritBox, BritBox Amazon Channel or for free with ads on Pluto TV. It is also possible to buy "Ballykissangel" as download on Apple iTunes, Google Play Movies, Amazon Video.