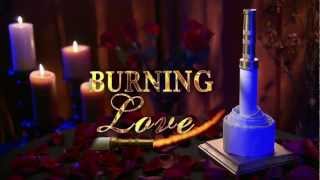 Burning Love is a scripted comedy series which is a web spoof of the television shows The Bachelor, The Bachelorette and Bachelor Pad. Depending on the season, the show either follows a man or a woman who is looking for the perfect mate from a pool of contestants, or has contestants living together in a mansion competing for a cash prize. Ben Stiller is executive co-producer. Season 1 showcases fireman Mark Orlando as the bachelor. Season 2 of the series, which premiered in February 2013, stars June Diane Raphael reprising her role as season 1 contestant Julie, now the bachelorette given the chance to find the perfect man. Season 3 also premiered in 2013 and starred former contestants from Seasons 1 and 2 competing for a $900 prize rather than for love.

Currently you are able to watch "Burning Love" streaming on Pluto TV for free with ads or buy it as download on Apple iTunes.

78%
Genres
Comedy
Runtime
23min
Age rating
TV-14
TV
Under the new EU law on data protection, we inform you that we save your history of pages you visited on JustWatch. With that data, we may show you trailers on external social media and video platforms.