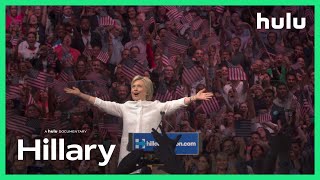 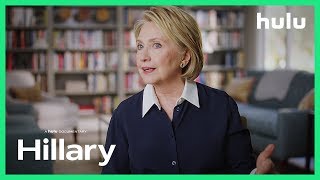 A portrait of a public woman, interweaving moments from never-before-seen 2016 campaign footage with biographical chapters of Hillary Rodham Clinton's life. Featuring exclusive interviews with Hillary herself, Bill Clinton, friends, and journalists, an examination of how she became simultaneously one of the most admired and vilified women in the world.

Currently you are able to watch "Hillary" streaming on Hulu or buy it as download on Apple iTunes, Google Play Movies, Vudu.