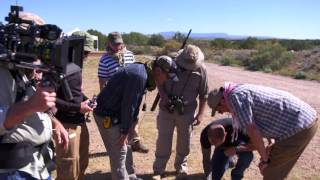 Some of the most thrilling weapons action sequences from movies and TV are put to the test. Join U.S. Special Forces veteran Terry Schappert and weapons master Larry Zanoff as they utilize the expertise of Hollywood's premier prop house and weapons builder — and break down some of the most explosive action in Hollywood history.

Currently you are able to watch "Hollywood Weapons" streaming on MyOutdoorTV.

7.5
Genres
Reality TV, Action & Adventure, Documentary
Runtime
22min
Age rating
TV-PG
TV
TV
Under the new EU law on data protection, we inform you that we save your history of pages you visited on JustWatch. With that data, we may show you trailers on external social media and video platforms.