Sekirei is not available for streaming. 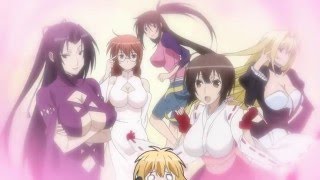 Sekirei is a Japanese manga series by Sakurako Gokurakuin. The manga began serialization in the seinen magazine Young Gangan published by Square Enix in December 2004. An anime adaptation produced by Seven Arcs and directed by Keizō Kusakawa aired in Japan between July and September 2008, and a second season aired between July and September 2010. Both seasons are licensed in North America by Funimation Entertainment. The central character of the series is Minato Sahashi, a ronin who failed college examinations twice. His life changes, however, when he meets a girl named Musubi.

We try to add new providers constantly but we couldn't find an offer for "Sekirei" online. Please come back again soon to check if there's something new.