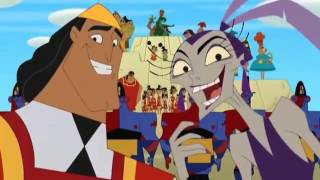 It's about Kuzco, a self-centered and spoiled teen who must survive the trials of Incan public school and pass all of his classes so that he can officially become Emperor. His friend Malina keeps his attitude in check, while the evil Yzma (cleverly disguised as Principal Amzy) and her dim-witted sidekick Kronk are out to make sure Kuzco fails.

Currently you are able to watch "The Emperor's New School" streaming on Disney Plus or buy it as download on Apple iTunes.