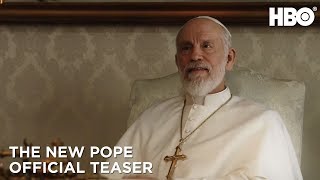 As Pope Pius XIII hangs between life and death in a coma, charming and sophisticated moderate English aristocrat Sir John Brannox is placed on the papal throne and adopts the name John Paul III. A sequel series to “The Young Pope.”

8.2 (12k)
Genres
Drama
Runtime
57min
Age rating
TV-MA
TV
TV
Under the new EU law on data protection, we inform you that we save your history of pages you visited on JustWatch. With that data, we may show you trailers on external social media and video platforms.