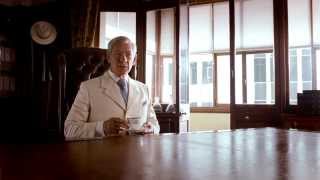 The Prisoner is a 2009 television miniseries based on the 1960s TV series The Prisoner about a man who awakens in a mysterious, picturesque village from which there is no escape and wonders who made the village and why. It was co-produced by American cable network AMC with the British channel ITV.

Currently you are able to watch "The Prisoner" streaming on AMC, AMC Plus.

8.0
Genres
Science-Fiction, Documentary, Drama, Mystery & Thriller, Made in Europe
Runtime
53min
TV
Under the new EU law on data protection, we inform you that we save your history of pages you visited on JustWatch. With that data, we may show you trailers on external social media and video platforms.