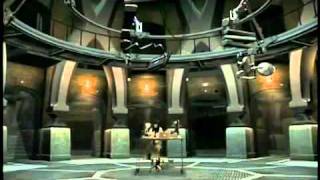 The second season of the Canadian science fiction–fantasy television series Sanctuary premiered on Space in Canada and on Syfy in the United States on October 9, 2009, and concluded on the same channel on January 15, 2010 after 13 episodes. It continues to follow the actions of a secret organization known as the Sanctuary Network, who track down a series of creatures known as abnormals and then bring them to the Sanctuary base for refuge. Amanda Tapping, Robin Dunne, Emilie Ullerup, Agam Darshi, Ryan Robbins and Christopher Heyerdahl are billed in the opening credits as the main cast. The season starts six weeks after the conclusion of the first season, where the protagonists work to defeat the antagonistic Cabal from destroying the Sanctuary Network, but in the process Ashley Magnus, daughter of Sanctuary leader Helen Magnus, dies. Later episodes involve a story arc on Big Bertha, the most dangerous abnormal on Earth. The second season included a writing team, where as in the first there were only two writers; series creator Damian Kindler, and Sam Egan; however Egan left the series after the end of the first season. The producers wanted to expand on the Sanctuary Network by including episodes where the team visit some of their international sites as opposed to only mentioning them. The season was filmed in Vancouver, British Columbia from late March to July 2009, with some scenes of the finale filmed on location in Tokyo, Japan. Anthem Visual Effects continues to produce the series' visual effects. Anthem found an exponential growth in their work, with some episodes including as many as 500 visual effects shots.

7.3 (19k)
Genres
Science-Fiction, Action & Adventure, Fantasy, Drama, Made in Europe
Runtime
45min
Age rating
15
Season 2
Under the new EU law on data protection, we inform you that we save your history of pages you visited on JustWatch. With that data, we may show you trailers on external social media and video platforms.