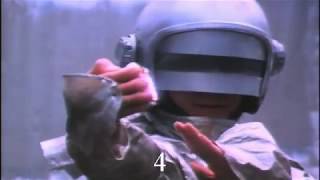 After spending ten years in prison Steven Cox has recently been released and his former colleagues will do anything to find out where he stashed his fortune. His former mistress now rules the underworld and she plays the various fractions against each other to maintain her power. One of the local drug lords has hired vampires to protect him and keep his drug smuggling business thriving. The vampires pop up around town as they, along with various other thugs, try to knock off Steven Cox and find the whereabouts to his gold. There is a stranger in town that dresses up like a space age super hero who aligns himself with Steven Cox as they take on together the corrupt underworld. A cut n paste movie that uses footage from The Stunning Gambling (Taiwan) and Giant of Casino (HK).

Currently you are able to watch "Devil's Dynamite" streaming on Hoopla or for free with ads on Tubi TV.