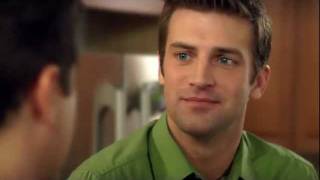 Marshall is an over-worked ad exec who is suffering from a serious case of the seven year itch with his loving boyfriend. As Marshall’s 30th birthday nears he sets hell-bent on changing his life and comes across a mysterious dating app called eCupid which quickly turns his world upside down, overwhelming him sexy guys at every turn!

eCupid streaming: where to watch online?