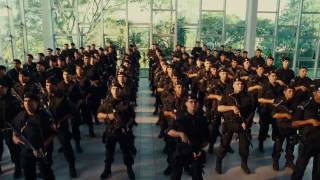 Elite Squad: The Enemy Within streaming: where to watch online?