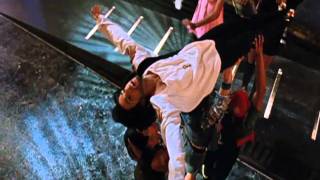 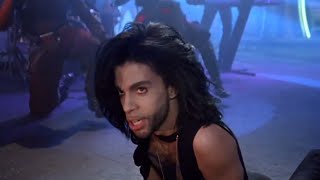 It's got that Purple Rain feeling through and though. And it's got The Kid, too! For the first time since Purple Rain, Prince is back as The Kid. And where he goes , there's music! With Thieves in the Temple, New Power Generation, Elephants and Flowers and more red-hot Prince tunes from the Platinum-selling Graffiti Bridge soundtrack. What time is it? Party time! Morris Day and the Time play Release It, Shake! and more. And you'll also see and hear George Clinton, Tevin Campbell, Robin Power, Mavis Staples and other hot performers, too. Graffiti Bridge is where the movie meets the music. Cross over on it now.