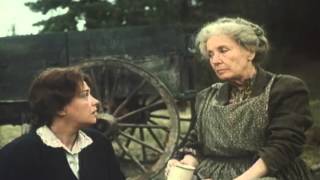 Disarmingly realistic in its depiction of the realities of frontier life, Heartland is a strong antidote to the cliches of traditional Westerns. This semi-documentary slice of life is based on the diaries of Elmore Randall Stewart about her days on the Wyoming frontier in the early 20th century. It's a strongly feminist statement about a woman raising her small daughter alone and scrapping for a living by working for a shy Scottish rancher. Director Richard Pearce brings an endearing touch to a film that is helped greatly by the dazzling cinematography of Fred Murphy. Conchata Ferrell and Rip Torn star in this small film that substitutes veracity for a high-powered plot.

Heartland streaming: where to watch online?

Currently you are able to watch "Heartland" streaming on Fandor, Fandor Amazon Channel.

7.3
Genres
Drama, Romance, Western
Runtime
1h 36min
Age rating
PG
Director
Richard Pearce
Under the new EU law on data protection, we inform you that we save your history of pages you visited on JustWatch. With that data, we may show you trailers on external social media and video platforms.