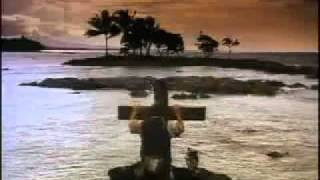 Robinson Crusoe flees Britain on a ship after killing his friend over the love of Mary. A fierce ocean storm wrecks his ship and leaves him stranded by himself on an uncharted island. Left to fend for himself, Crusoe seeks out a tentative survival on the island, until he meets Friday, a tribesman whom he saves from being sacrificed. Initially, Crusoe is thrilled to finally have a friend, but he has to defend himself against the tribe who uses the island to sacrifice tribesman to their gods. During time their relationship changes from master-slave to a mutual respected friendship despite their difference in culture and religion.

6.0 (11k)
Genres
Drama, Action & Adventure
Runtime
1h 32min
Age rating
PG-13
Director
George T. Miller , Rod Hardy
Under the new EU law on data protection, we inform you that we save your history of pages you visited on JustWatch. With that data, we may show you trailers on external social media and video platforms.