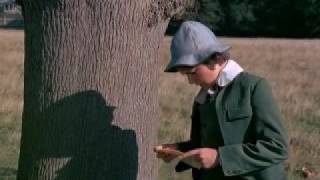 British teenager Leo Colston spends a summer in the countryside, where he develops a crush on the beautiful young aristocrat Marian. Eager to impress her, Leo becomes the "go-between" for Marian, delivering secret romantic letters to Ted Burgess, a handsome neighboring farmer.

The Go-Between streaming: where to watch online?