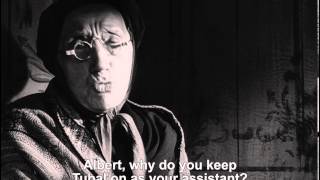 When 'Vogler's Magnetic Health Theater' comes to town, there's bound to be a spectacle. Reading reports of a variety of supernatural disturbances at Vogler's prior performances abroad, the leading townspeople (including the police chief and medical examiner) request that their troupe provide them a sample of their act, before allowing them public audiences. The scientific-minded disbelievers try to expose them as charlatans, but Vogler and his crew prove too clever for them.

The Magician streaming: where to watch online?