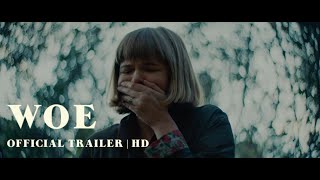 One year after their father's death, Charlie and Betty continue to ignore their grief, each other, and the mysterious creature following them. Their estranged Uncle Pete, believed to be dead, claims to know how to end the suffering.

Woe streaming: where to watch online?