Rowan Fielding is an exceptional and renowned neurosurgeon. When her estranged biological mother dies, Rowan inherits the family fortune. Suddenly the heiress of the Mayfair Family, Rowan, unwittingly joins a long battle between the family and a supernatural spirit. Lasher, the powerful entity tied to generations of the Mayfair family is the preeminent paranormal antagonist in this gothic drama.

Mayfair Witches is a supernatural drama television show. The show is based on the novel series Lives of the Mayfair Witches which is authored by Anne Rice. Michelle Ashford and Esta Spalding are the showrunners. AMC Studios is producing the show with AMC Networks distributing all eight episodes. Mark Johnson is the executive producer of the show. He is known for having previously worked on the hit show Breaking Bad. The series cast includes Alexandra Daddario in the role of Rowan Fielding. Fielding is the heiress of the Mayfair Dynasty and the lead of the series. Harry Hamlin plays Cortland Mayfair and Tongayi Chirisa portrays Ciprien Grieve. Lasher, the paranormal creature bound to the family is played by Jack Huston. Anne Rice's Mayfair Witches was released on AMC+ on January 8th, 2023.

AMC first purchased the rights to the stories of Anne Rice in May 2020. Previously held by Warner Bros, the deal included The Vampire Chronicles and Lives of the Mayfair Witches. By December 2021, Anne Rice’s Mayfair Witches received an eight-episode order from AMC. Alongside that news came the announcement that Esta Spalding and Michelle Ashford would be developing the series. Alexandra Daddario was announced as the lead in March 2022. By April 2022, the remaining cast was revealed and the filming began in the same month. Season 1 finished filming in September 2022. The first trailer for the show arrived in October 2022. Anne Rice's Mayfair Witches was released on January 8th, 2023 on AMC+. 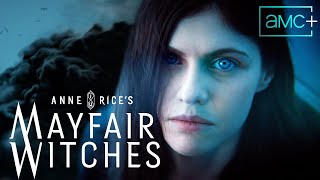 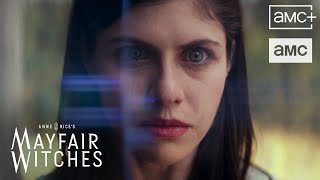