Uzumaki is not available for streaming.

A small town becomes increasingly unhinged and psychologically traumatised by a supernatural force. The residents of Kurouzu-cho are cursed and the resulting malady sees them obsessed with the symbol of the spiral. As it continues to appear in their daily lives, people go slowly insane and the town suffers from an unknowable phenomenon. At the centre of the story, Kirie Goshima and her boyfriend Shuichi Saito are teenagers trying to survive the horror of the curse.

Uzumaki is an upcoming psychological horror anime mini-TV series. It is produced by Production I.G USA and Adult Swim. Based on the manga series written and illustrated by Junji Ito, Uzumaki is a 4-episode series directed by Hiroshi Nagahama. Composing the music for the series is multi-instrumentalist Colin Stetson. Airing on Adult Swim’s Toonami, Uzumaki is produced entirely in monochrome by Japanese animation studio Drive. Uzumaki has voice acting roles for Uki Satake as Kirie Goshima and Shin’ichiro Miki as Shuichi Saito.

Uzumaki will be available to stream on Crunchyroll upon its release. It will be shown on the late-night programming block Toonami on the Adult Swim network. It may see alternate streaming release through Adult Swim though it remains unconfirmed. 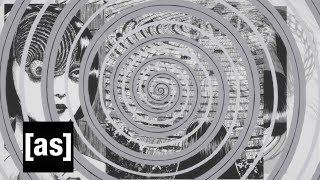 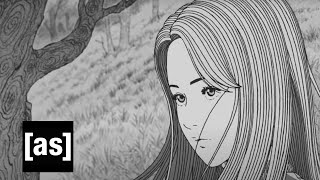 We try to add new providers constantly but we couldn't find an offer for "Uzumaki" online. Please come back again soon to check if there's something new.