Guillermo del Toro’s Cabinet of Curiosities shakes up the genre of horror to reveal the gothic, the magical, the odd and the ominous. Each episode in this eerie anthology challenges the traditional ideas of horror differently and tells a uniquely terrifying story of disquieting darkness.

Guillermo del Toro's Cabinet of Curiosities is an upcoming anthology horror series produced by Netflix. As the title suggests, Academy Award-winning filmmaker and writer Guillermo del Toro is the mind behind the show. The idea for the show is adapted from a book of sketches, observations, and illustrations the acclaimed filmmaker publishe din 2013.

The confirmed directors are Jennifer Kent (The Babadook), David Prior (The Empty Man), Guillermo Navarro, Keith Thomas (The Vigil), Panos Cosmatos, Catherine Hardwicke (Twilight), Vincenzo Natali, Ana Lily Amirpour (A Girl Walks Home Alone at Night). Many of them are also taking a role in their own writing of their episodes with additional help from David S. Goyer and Regina Corrado. Confirmed to be starring in the series are Rupert Grint, Eric Andre, Charlyne Yi, Sofia Boutella, Tim Blake Nelson and Kate Micucci amongst others.

Guillermo Del Toro’s Cabinet of Curiosities will be available to stream on Netflix on October 25, 2022. The eight episodes will be released over four days across the spooky season. 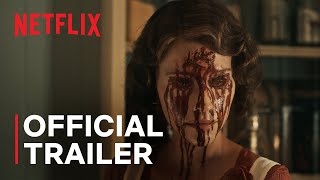 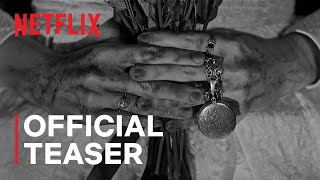 Currently you are able to watch "Guillermo del Toro's Cabinet of Curiosities" streaming on Netflix, Netflix basic with Ads.