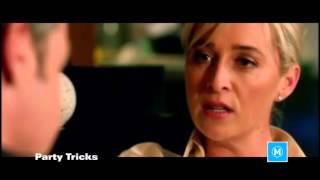 Party Tricks is an Australian television series set to screen on Network Ten in 2014. The six part series follows the story of Kate Ballard, a committed and rigorous politician who seems assured to become the next State Premier until a shock new opposition leader is selected, David McLeod, a popular television and radio personality. Kate and David had a secret, tumultuous affair. The six part drama is created by Michael Lucas and produced by John Edwards and Imogen Banks for Southern Star Entertainment.

Currently you are able to watch "Party Tricks" streaming on Acorn TV, AcornTV Amazon Channel or for free with ads on Tubi TV.

7.2
Genres
Drama
Runtime
44min
TV
Under the new EU law on data protection, we inform you that we save your history of pages you visited on JustWatch. With that data, we may show you trailers on external social media and video platforms.