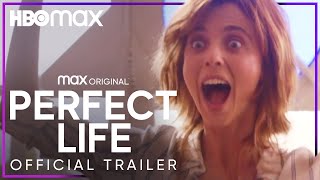 María, Cris and Esther are three very different women beyond 30 who think they are now pretty much the adult person they'll remain for the rest of their lives. They couldn't be more wrong: María was just signing the contract to buy the home for the rest of her life. But the guy she was going to spend that rest of her life and have kids with realizes just then that María was never, ever, going to surprise him again, especially not sexually. What to do? Well, in María's case, you go to your lesbian-artist sister Esther for consolation who has her very own type of "crisis medication". Which can be quite hilarious, when you arrive high as a kite at a little girl's birthday party who happens to be the daughter of your best friend Cris, living her own little, big lie with her hubby Pablo. So when María finds herself getting laid in the kids' bouncy castle with the gentle but simple-minded janitor, and getting pregnant from him, she finally starts letting go and going with the flow.

Currently you are able to watch "Vida perfecta" streaming on HBO Max.