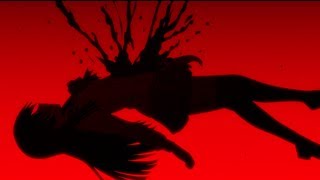 Zombie-obsessed Furuya is making a potion to reanimate his dead cat when he meets Rea. She’s about as miserable as a girl can get, thanks to her creepy, domineering father. When the pain becomes too much, she tries to commit suicide with a sip of Furuya’s weird elixir. The potion doesn’t kill her – but it does turn her into a zombie after she falls from a cliff. Now that Rea’s undead and ready to finally live, she hides out with Furuya, who’s always dreamed of having a zombie girlfriend. Their one-of-a-kind relationship comes with some challenges, like the fact that Rea is decomposing. Even worse, her freak-show dad is dangerously determined to get her back under his control. As Furuya fights to keep his ghoulfriend safe, Rea finds the secret to resurrecting her happiness: Live like you’re dying – even if you’re already dead.

89%
Genres
Comedy, Drama
Runtime
24min
Age rating
TV-MA
TV
Under the new EU law on data protection, we inform you that we save your history of pages you visited on JustWatch. With that data, we may show you trailers on external social media and video platforms.