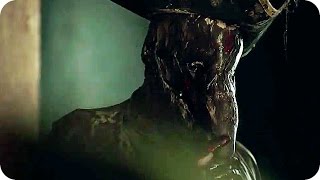 Inspired by Kris Straub's "creepypasta" tale, season one deals with one man’s obsessive recollections of a mysterious children’s television program from the 1980s, and his ever-growing suspicions about the role it might have played in a series of nightmarish and deadly events from his childhood.

Currently you are able to watch "Channel Zero - Season 1" streaming on Shudder or buy it as download on Apple iTunes, Google Play Movies, Microsoft Store.