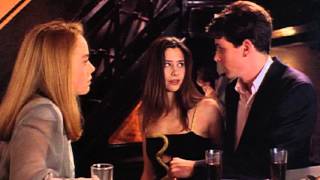 During the 1980s, uptight Ted Boynton is a salesman working in the Barcelona office of a Chicago-based company. He receives an unexpected visit from his cousin Fred, a naval officer who has come to Spain on a public relations mission for a U.S. fleet. Not exactly friends in the past, Ted and Fred strike up relationships with women in the Spanish city and experience conflicts -- Ted with his employer, and Fred with the Barcelona community.

Barcelona streaming: where to watch online?

7.0 (5k)
Genres
Comedy, Drama, Romance
Runtime
1h 41min
Age rating
PG-13
Director
Whit Stillman
Under the new EU law on data protection, we inform you that we save your history of pages you visited on JustWatch. With that data, we may show you trailers on external social media and video platforms.