Drifting Home follows two childhood friends that visit an apartment building that is scheduled to be demolished. As a mysterious phenomenon unfolds before their eyes, they slowly drift away into a mysterious sea – which also takes the entire housing complex along for the ride. No matter how far they look, all they can see is the vast sea surrounding them. The anime feature film is the third film from Studio Colorido, the company also known for Penguin Highway and A Whisker Away.

Drifting Home is an anime film directed by Hiroyasu Ishida and produced by Studio Colorido. The movie is written by Ishida, Hayashi Mori, and Minaka Sakamoto.

Studio Colorido is an animation studio behind several animated films including 2018’s Penguin Highway and 2020’s A Whisker Away. The latter film brought the studio worldwide attention and praise, and led to their first partnership with Netflix.

Drifting Home follows Kosuke and Natsume, two former friends who find themselves in the adventure of their lives when an ocean suddenly engulfs them. The movie will see them try to return home while learning the importance of friendship and loyalty.

Akihiro Nagae is charged with the film's character design. The movie's producer is Koji Yamamoto who is the co-CEO of Twin Engine, an anime production company. Umitaro Abe will compose the film's soundtrack. Drifting Home was released on Netflix on September 16, 2022. 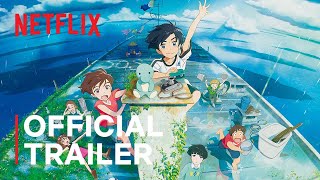 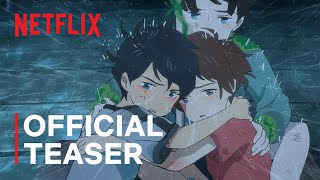 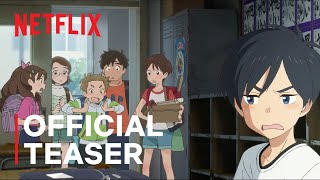 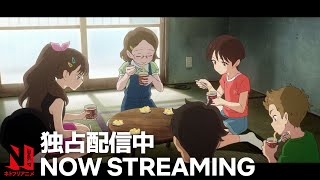 Currently you are able to watch "Drifting Home" streaming on Netflix.