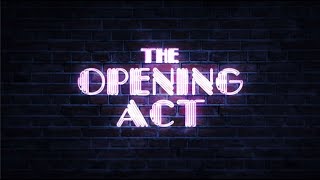 The film follows Will Chu whose true life passion is to become a stand-up comedian. He is given the opportunity to emcee a comedy show, opening for his hero, Billy G. Chu has to decide if he wants to continue the life he has set up or to pursue his dream, the life of a comedian.

The Opening Act streaming: where to watch online?

6.1
Genres
Comedy
Runtime
1h 30min
Director
Steve Byrne
Under the new EU law on data protection, we inform you that we save your history of pages you visited on JustWatch. With that data, we may show you trailers on external social media and video platforms.