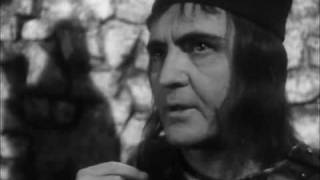 When a secret marriage is planned between Othello, a Moorish general, and Desdemona, the daughter of Senator Brabantio, her old suitor Roderigo takes it hard. He allies himself with Iago, who has his own grudge against Othello, and the two conspire to bring Othello down. When their first plan, to have him accused of witchcraft, fails, they plant evidence intended to make him believe Desdemona is unfaithful.

Othello streaming: where to watch online?

Currently you are able to watch "Othello" streaming on Criterion Channel, FilmBox+ or for free with ads on Popcornflix, Freevee Amazon Channel. It is also possible to rent "Othello" on Amazon Video online.