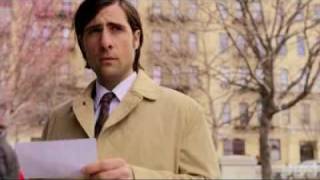 Jonathan Ames, a young Brooklyn writer, is feeling lost. He's just gone through a painful break-up, thanks in part to his drinking, can't write his second novel, and carouses too much with his magazine editor. Rather than face reality, Jonathan turns instead to his fantasies — moonlighting as a private detective — because he wants to be a hero and a man of action.