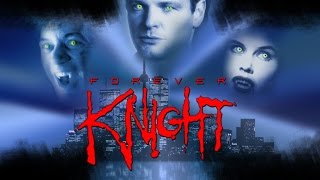 Forever Knight is a Canadian television series about Nick Knight, an 800-year-old vampire working as a police detective in modern day Toronto. Wracked with guilt for centuries of killing others, he seeks redemption by working as a homicide detective on the night shift while struggling to find a way to become human again. The series premiered on May 5, 1992 and concluded with the third season finale on May 17, 1996.

Currently you are able to watch "Forever Knight" streaming on Tubi TV for free with ads or buy it as download on Apple iTunes, Amazon Video.